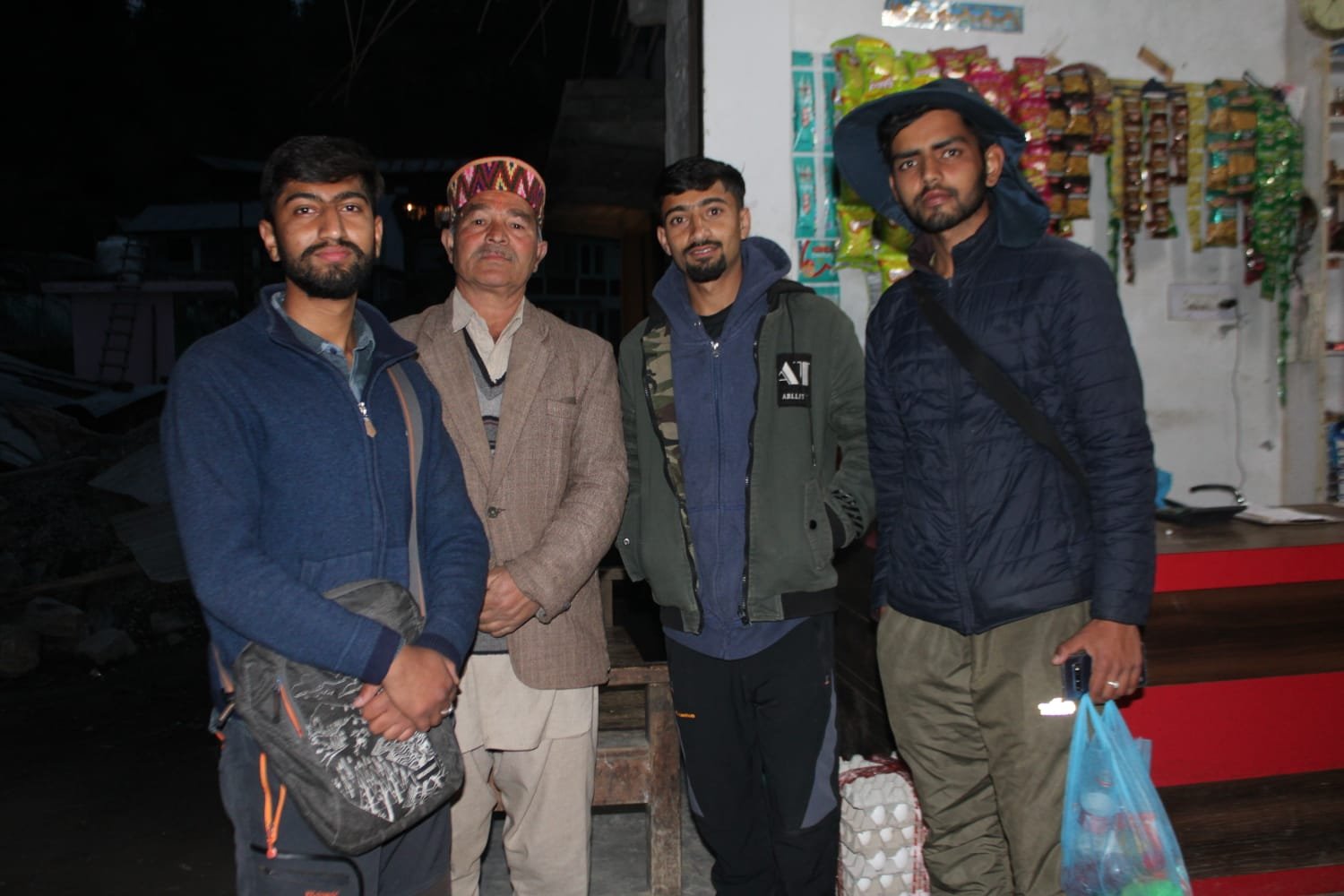 The Institute has initiated a process of Community engagement and participation for creating awareness among local communities of certain villages in Himachal. As a pilot study (before formally embarking upon a planned Community Engagement), three students of the Institute, viz. Jagrit Nazta, Kuldeep Thakur and  Lakshay Shandil, have travelled on the route Shimla --Anni--Jalori Pass--Jibhi--Banjar--Chehni kothi--Sainj Valley—Jhanjheli both for exploration and community interaction to get an insight into the lives of the remote village communities and identify their economic activates and problems.

The aim is to identify ways in which the local communities can be made to  engage in some tourism activity (as suppliers) and benefit economically from tourism. As the villages of Himachal still are endowed with pristine environs and resources and fragile society and culture, the aim is also to create awareness amongst communities about protection of resources, environment and culture and aim at sustainable development.

In their first visit the students have spent time in the village of Shangarh that still remains relatively untouched and falls in the area of UNESCO world heritage site (GHNP). In this Village the students were accommodated for stay in a local villager’s house. Interacting with the villager they realized that the particular person owns a Café that he is not operating himself, but has given on lease to some party from Delhi for a span of 15 years, merely for Rs 50,000/ .

This was quite a shocking revelation as out tourism students realized that the lease amount was very low, and the simple village people are being taken for a ride by outsiders, as the local people do not have any awareness about how much revenue can be generated from their land, are underestimating the worth of their property and due to lack of experience of running any SME, are giving away their properties to be run on lease. The students were also told by villagers that many people have accommodation properties that have been let out on lease, probably for a penny’s worth. Hence local communities are being mislead by outsiders, who are making good profits and also resulting in economic leakage.

Rather than becoming tourism entrepreneurs’ running their own small businesses, unaware and uneducated  local communities are becoming scapegoats for outsiders.

On suggesting to  the local owner of the Café that he himself can operate his property, or else must give his property on lease for a worthy amount, the owner acknowledged that local communities have no knowledge of the same and even have no idea of starting small businesses. He requested the students that they can create an awareness program aimed at entrepreneurship etc. for the local village communities.

On returning to the Institute the pilot study was discussed with the Faculty. It has been decided that in the next stage (once travel resumes after Covid)  the following steps will be undertaken

While one pilot visit has been conducted, the constraints of accessibility to villages in ongoing Covid times are there. Hence once the situation is contained, the Institute intends to resume the Community participation/Awareness program involving more students.